One of the longest surviving car models in the world

The Mercedes-Benz SL is the oldest model produced by the brand with the three-pointed star to date. The SL, introduced in 1954, is one of the longest surviving car models in the world today.

The name “SL” stands for “Sporty-Light” or “Sport Lightweight”. Max Hoffman, a post-war New York-based importer of luxury vehicles, was the one who proposed the idea of ​​a toned-down Gran Prix car aimed at attracting performance car enthusiasts. The first 300 SL gullwing produced in the program.

The Mercedes-Benz 300 SL gullwing from 1954 had a 3.0-liter in-line six-cylinder with 212 hp, which was impressive for its time. The car had a timeless beauty with its design that featured a two-door layout, sculpted body lines, thin fenders, a one-piece grille, rounded headlights, thin taillights and a curved body. Most of the vehicle’s styling elements later served as the blueprint for the car designs we enjoy today. 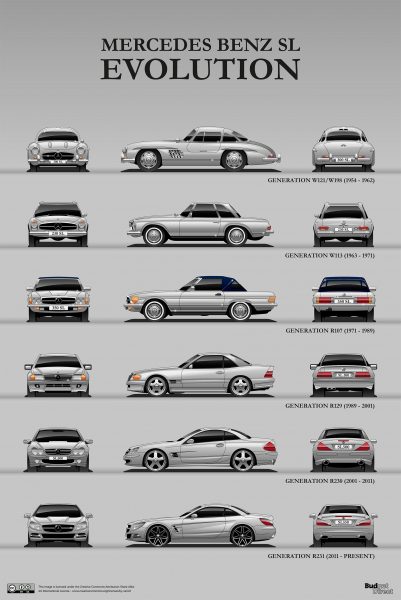 Here is another picture that the Development of the SL:

The next photo shows the facelift model of the R231 that we have right now: 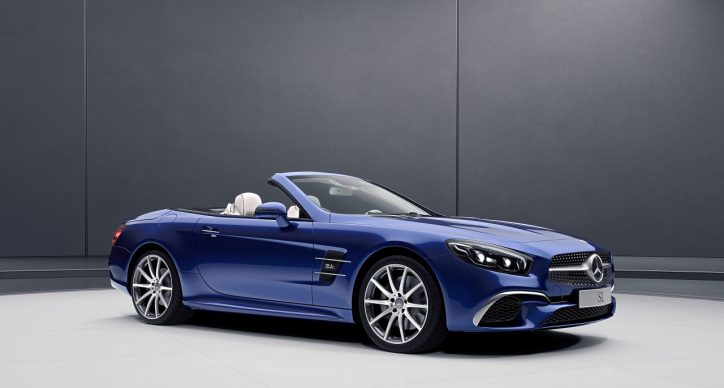 The new SL has a more dynamic design and is currently available as a convertible with a retractable hardtop. The vehicle is sold in three trim levels:

Meanwhile, the 300 SL gullwing remains as one of the most sought-after Mercedes classic car currently – bring in millions in auctions.